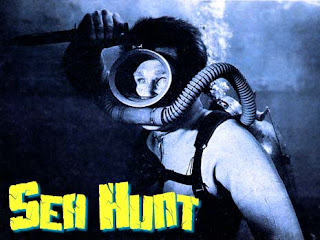 I was drying out my hockey goalie gear this morning (a never-ending task), when it dawned on me why it takes me twice as long to suit up for a game nowadays. It's the absurdly large collection of braces that I have to slip into or strap on to give me a fighting chance of emerging from a 90-minute skate relatively intact. Before I even start to pull on the actual goalie equipment, which is bulky enough to begin with, I need to put a left ankle brace, two knee braces, and a right elbow brace in place. Depending how the ol' sports hernia and lower back injuries are feeling, I might add compression shorts and a constricting back brace to the mix. At times I'm sporting more neoprene than Lloyd Bridges in an episode of Sea Hunt. And there's so much Velcro on my body that I really should consider investing (I'll probably toss a few bucks into a smattering of medical supply companies while I'm at it). But every brace is worth it's weight in gold if it allows me another spin around the rink.

A few weeks back, when I was returning from a protracted bout with tennis elbow (which, like "turf toe," hurts a lot more than the name might suggest), I told the captain of my Over-50 squad that "I'm not a 100 percent, but I need to get back on the ice." My captain, Rich Bowman, just laughed. "If we all waited until we were 100 percent before we played," he replied, "there wouldn't be anybody suiting up for the game!" And, in fact, I can't think of a single player on that squad, with the possible exception of Dan "Ponce de Leon" McCrane, who wasn't sporting wraps and bandages of some sort. But they're all willing to put up with the minor inconvenience of a few extra layers of neoprene (or, in some cases, more complicated braces) in order to stay in the game. Maybe that investment strategy isn't such a far-fetched idea after all ...