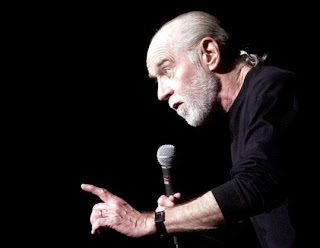 George Carlin recently had my wife and me howling with his brilliant "stuff" monologue from 1986's Comic Relief. "That's the whole meaning of life, isn't it? Trying to find a place for your stuff." Once I stopped laughing, I glanced at Lauri, who said, simply, "That's us."

Lauri was being kind. She should have said, "That's you." I'm the pack rat in this relationship. Carlin's routine precisely captured our dilemma at our North Shore cottage – we just don't have enough room for all our earthly belongings. "That's all your house is, a pile of stuff with a cover on it." I felt like Carlin was peeking in our windows.

We bought our place just before we married, 15 years ago. Our little ranch (generously described as 1,200 square feet, though I'm convinced the Realtor included the garage and a dilapidated old shed out back) was adequate when we were newlyweds. It was the perfect vacuum, just waiting to be filled. And fill it we did. We moved in with an 18-foot U-Haul and a few van runs. Then I added a few bikes, windsurfers, winter paraphernalia like skis and snowboards and hockey gear. That was before our two daughters arrived, before the home office, before the dog, before we acquired a bunch of new stuff.

If we moved out today, I'd need the Red Sox's 18-wheel equipment truck. Maybe a pair of them. The problem is that I don't see the "stuff" as the problem. I see it as a space issue. Lauri has no patience for semantics. She wants results. If she can't walk through the house without tripping over my stuff (or our girls' stuff), she's miserable. Three years ago, the Mother's Day storm flooded our basement, necessitating a purge of "stuff." I was devastated. Lauri? Euphoric.

So, since buying a bigger house ("Why? Too much stuff!") is currently out of the question, I opted for the next best option. I got a shed. It's actually the second shed we've bought in the past five years. The first, a spacious 8-by-10 structure, complimented the old, rotting tool shed that came with the house. The second, purchased this past summer, is huge (10-by-14), and not only replaces the original shed, but doubled the available space. It's now full.

So this spring, I'm going to start tossing my unused (or underused) stuff. I swear. If not, I'll be the next thing tossed to the curb.
Posted by BrionO'C at 10:42 AM

Craigslist, the Salvation Army, and even the curb are great places for getting rid of "stuff". Also look your city's DPW dumpster days if you can't give it away for free. You never know who will pick your "stuff".

I can attest to Brion's pack ratted-ness. He has some windsurfers that haven't gotten wet since the Reagan adminstration. So, what did he do last year? He picked up another windsurfer, free on Craigslist, to teach his girls to sail. How are the windsurfer lessons coming along, Maddie and Brynne??? ;-)

THIS from a guy who flies model airplanes?!!! You've got some nerve, Murph!