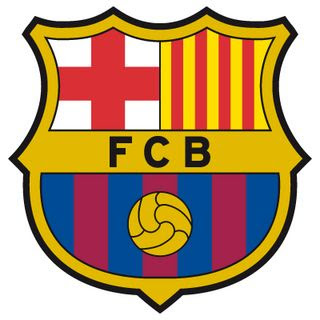 The UEFA Cup finals in Rome was a showcase of "the beautiful game" as practice by the magicians from Catelon, Spain, as Football Club Barcelona soundly defeated the heavily favored Red Devils of Manchester United, 2-0. I always prefer playing to spectating, but watching this game yesterday was a real treat. It was truly an international affair, with players from Cameroon, Portugal, Argentina, England, France, Brazil, South Korea, Wales, Ireland, the Czech Republic, Spain, and others all gracing the pitch at Stadium Olympico. ManU came out of the starting blocks like a team possessed, and nearly took the lead when Park Ji-sung attacked a rebound off a swerving Cristiano Ronaldo free kick, only to see it clipped wide of the frame. Several other speculative Ronaldo efforts went sailing off target, but ManU was certainly on the attack.

All that changed with a sublime piece of artistry from FCB's Samuel Eto'o, who turned ManU defender Nemanja Vidic inside out before depositing the ball underneath towering goalkeeper Edwin van de Sar and into the back of the net. The goal completely transformed the complexion of the game, swiftly and irrevocably. The Red Devils, so dominating during their UEFA run and the Premier season, lost their composure and focus (though ManU's splendid captain, Ryan Giggs -- the anti-Beckham -- came oh-so-close with a bending free kick at the 17-minute mark). Barcelona, unparalleled maestros at ball control, simply took the game over. Though there were moments of exquisite tension, when another goal seemed imminent, the final result wasn't sealed until FCB's diminutive striker Lionel Messi went soaring for a header on a precise crossing ball from midfielder Xavi Hernandez and, as ESPN's loquacious commentator Tommy Smyth would say, put "the bulge in the old onion bag."

The 2-0 final was a fair result, reflecting FCB's convincing win, and a stunning upset when compared to many pre-game prognostications. Though I'm not of fan of the theatrics of FCB's captain Carles Puyol -- writhing in pain like he had been dismembered anytime he bumped into a ManU player -- the wild-haired defender (who looks like Dee Snyder's long-lost twin) played an immense game at the back, frustrating Ronaldo time and time again. It was a spectacular final, worthy of the two best teams in Europe. It was soccer, or futbol, at its finest. Anyone who couldn't appreciate the speed and skill on display deserves American football. ;-)

Nice article. I only catch "football" at World Cup time. Growing up my favorite player was Johan Cruyff which is why I wear 14 in any sport I now play. No Brion, it is not the number of times I fall down in a period of hockey.

Cruyff was an absolute genius, and to this day I mourn the Dutch squad's loss to Argentina (with that egocentric madman Maradona at the helm) in the 1974 World Cup finals. The "Orange Swirl" was a unique and fabulous side, and deserved better ...
-B

Maradona makes Mad Mike look calm, cool, and collected. Hand of God? Hand of a cheat more like it.