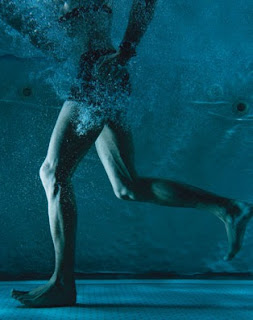 But more than anything else, seeing the old-timers' aerobics class was a terrific motivational tool. I know I'm no spring chicken. Not by a long shot. Especially where my hips are concerned. But with all due respect, I'm not ready for the MAC morning water aerobics sessions either. So I put my head down, and kept running against the tide.
Posted by BrionO'C at 12:52 PM

LOVE IT.
Don't think I've laughed harder at one of these in quite a while.
"It's one thing to be running in the pool; it's an entirely different matter to be flailing about like I'd scheduled my workouts right after a three-martini lunch."
lol